The requested URL was not found on this server. That’s all we know.

If the problem persists, see the Google Workspace Status Dashboard or visit the Help Center. 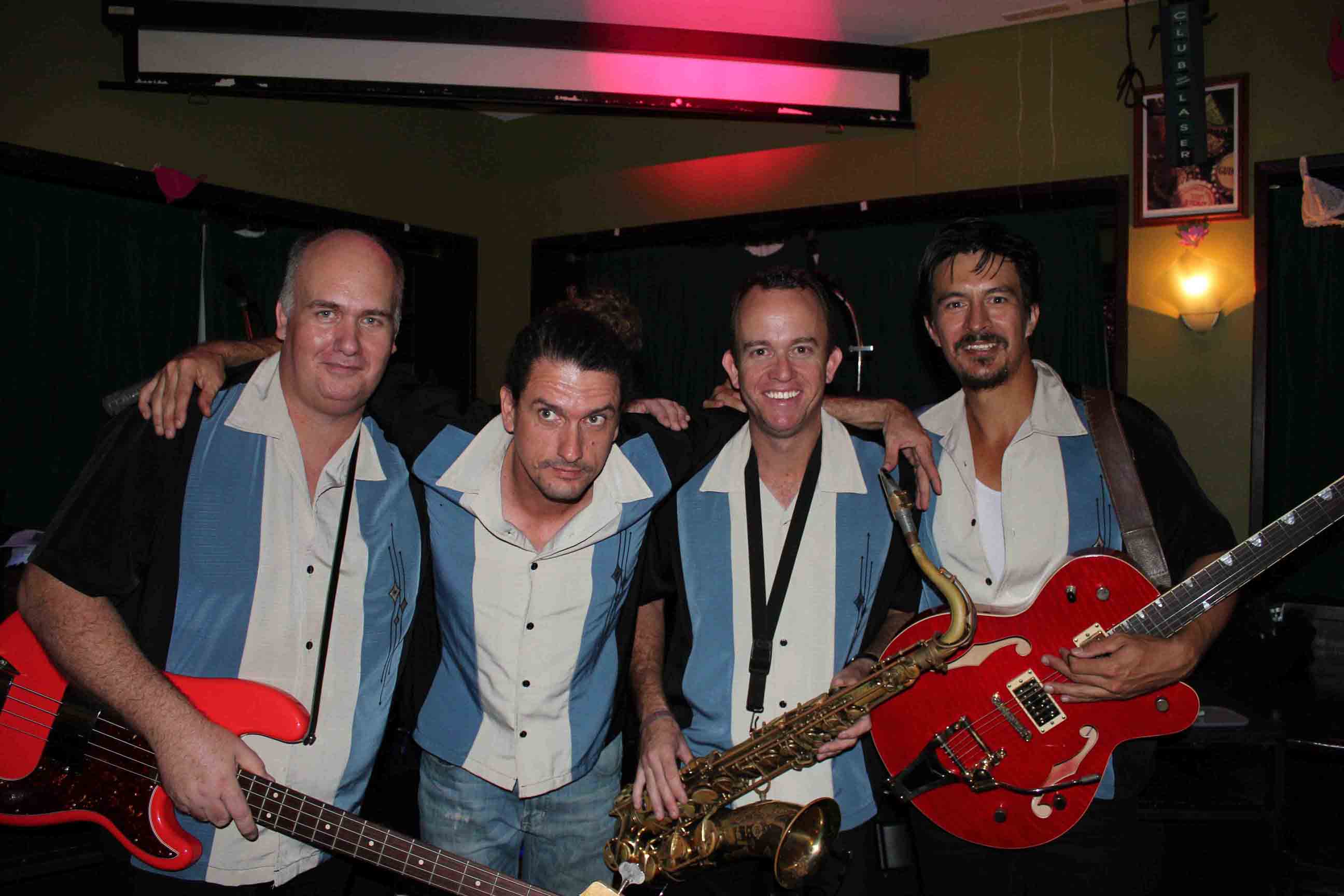 45RPM is a Townsville based band performing Rock 'n' Roll music from the 50's and 60's. The band prides itself on being the only band to deliver an Authentic Rock 'n' Roll Experience.

The concept of the band was formed between members Eugene Wulf (Guitar & Vocals) and Scott Jorgensen (Bass and Vocals) in February 2012. Eugene and Scott, both frustrated with the music they were performing at the time in other bands decided to get together to play some music the had always loved. A list of songs were drawn up and it took off from there. Members Jude Wheway (Drums) and Ross Jorgensen (Tenor, Baritone Saxes and Flute) soon joined and they started rehearsing the material.

45rpm launcher their music to Townsville crowd's on December 1st 2012. The band went on to do 50+ gigs in that first 12 month period ranging from Pubs, Festivals and Private and Corporate Functions. These gigs have provided memorable moments to not only fans but to the band for the reaction and appreciation they receive.

The bands repotoir consists of songs from the beginning of the Rock 'n' Roll era right through to the start of the British Invasion. They perform songs from artists such as Bill Haley, The Coasters, Eddie Cochran, Conway Twitty, Elvis Presley, Buddy Holly, Richie Valens, Roy Orbison and many more from the 50's. It is extended to 60's through music by groups such as The Beatles, The Searchers, The Beach Boys with an odd country classic thrown in for good measure.

The Band dresses in period style with matching uniforms and performs with Authentic Instrumentation from the Rock 'n' Roll era such as Archtop Guitar, Double Bass and Sax. It is a lineup that was the most popular of the 50's in which the band recreates to the most authentic sound around.

Members of 45rpm are North Queensland born and bred and have enjoyed a wealth of opportunities in music over a period in excess of 20 years each. This experience is across multiple musical genres with many premier groups that have catered for some of the regions most prestigious events. Whether the need is a large scale stage production in front of thousands to a birthday with friends, 45rpm will treat them equal and provide a night to remember for all guests.